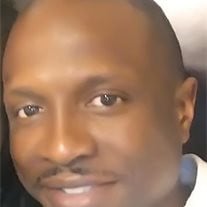 Obituary This Life’s Journey for Toborris Marquette Allen began on April 28, 1984 in Shelby, North Carolina where he was born to Margie Allen Petty and Wayne Gullatte.  He departed this life On Wednesday, January 9, 2019 at CaroMont Health in Gastonia, North Carolina.  He was educated in Cleveland County school system where he became a 2002 graduate of Shelby High School in Shelby, NC. As a young adult Toborris was dedicated to presenting leadership amongst his peer group where he served as student body Vice President, advocate football player and running track. He later attended Gardner-Webb University where he furthered his education. Toborris gained a love for music at an early age which led him to learn to play the keyboard and sing at New Jerusalem Full Gospel Church. He was later employed by Daimler trucks in Gastonia, NC where he could utilize his skill set as a Material Handler. Toborris had such a burning love for God that showed through his interactions with others. He was affectionately known for his amazing smile, encouraging words and uplifting spirits of those he met. Toborris understood what it meant to know the Lord for yourself. At any given time, you could find him spending time with God or sharing his love through fellowship with others. Toborris was loved by many, his passion to love others will be truly missed.   He is preceded in rest by his Grandmother Estelle Feaster, Daughter Taylen Allen and his Earthly Father Bruce Parks Sr. He leaves to cherish his fond memories: Loving and devoted Wife Akimberly Allen as he referred to as his “Dream Come True”. Loving Mother Margie Petty & Kenneth Howell whom he loved so dearly as he would call her “The Angel”. Left to cherish his legacy his children, Taylor Allen of Mobile, AL, Ayden Allen, Kaydence Allen; step children which he referred to as his own: Khyajia McClain, Khyrique McClain, Khyrah McClain, and Khyann McClain all of the home. Two Sisters, Sierra Yates and Kimberly Brown; Brothers, Bruce Parks Jr., Dwayne Gullatte and Travis Parks all of Shelby, NC.; Special God Mother, Linda Roberts Jarrett, and a host of Nieces, Nephews, Aunts, Uncles, Cousins and friends. To send flowers to Toborris' family, please visit our floral section.

Obituary This Life&#8217;s Journey for Toborris Marquette Allen began on April 28, 1984 in Shelby, North Carolina where he was born to Margie Allen Petty and Wayne Gullatte.  He departed this life On Wednesday, January 9, 2019 at CaroMont Health... View Obituary & Service Information

The family of Toborris Marquette Allen created this Life Tributes page to make it easy to share your memories.

Send flowers to the Allen family.